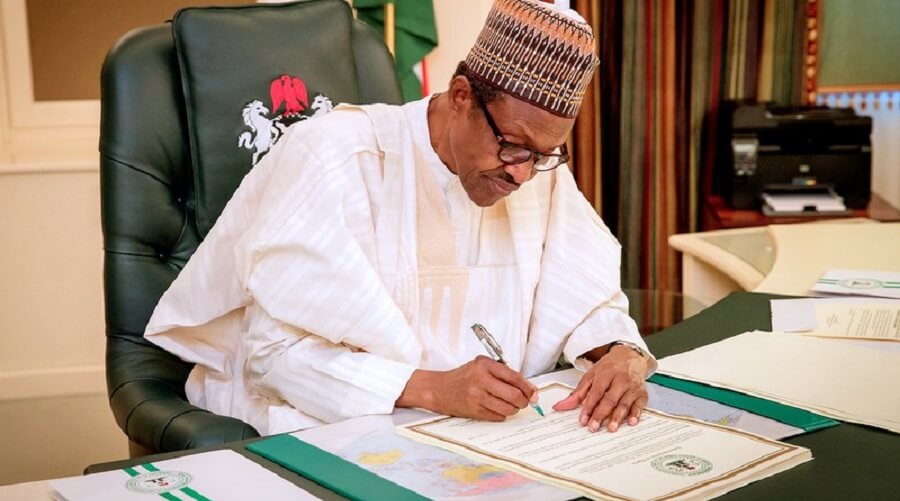 The President signed the bill on Monday in Abuja. The PIB seeks to ensure reforms, promote transparency and attract capital flows into the oil and gas sector. The bill comprises five major parts, including Governance and Institutions; Administration; Host Communities Development; Petroleum Industry Framework; and Miscellaneous Provisions comprising 319 clauses and eight schedules. One of the key recommendations of the bill is the unbundling of the NNPC and a revision of the funding mechanism. Despite demands by lawmakers from the South as well as other stakeholders for a five per cent allocation for host communities, the Senate had approved a three percent allocation for them in the Petroleum Industry Bill.

The three percent approved represents percentage of the total operating expenses that oil companies are expected to contribute to a trust fund created for the development of the host communities. The PIB was being passed into law last month by the National Assembly nine months after it was submitted by the President to the parliament. The passage of the bill came with some areas of disagreement between the House of Representatives and the Senate. The development led to the setting up of a panel to harmonize the contentious areas. The passage of the bill had stirred mixed reactions among lawmakers and Nigerians alike. A key provision of the bill that triggered outrage was the allocation of 30 per cent of NNPC’s profit to frontier basins for exploration. The states referred to as ‘frontier basins’ were not clearly stated in the report. Another controversial provision of the bill is the allocation of three per cent operating expenditure to host communities – as passed by the Senate. While the House approved five per cent.