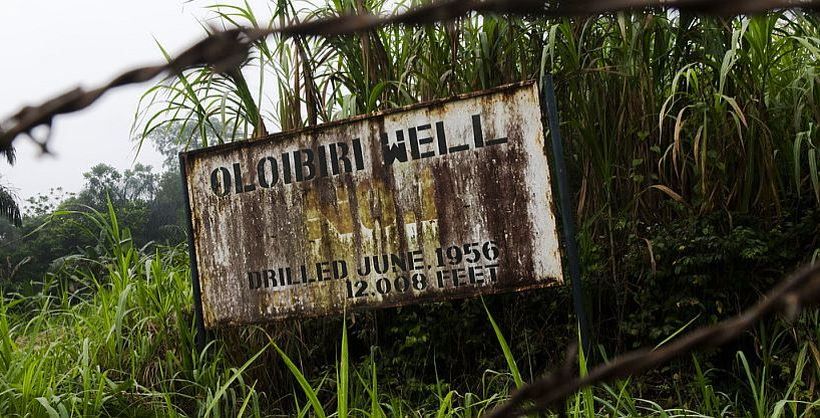 Historic accounts depict that the thrilling search for oil in Nigeria started in 1907 when exploration rights were granted to the Nigerian Bitumen Corporation, which was a Nigerian arm of a German company; but all started at Oloibiri, well #1. Oloibiri field is an onshore oilfield located in Bayelsa State,Nigeria, about 45 miles east of Port Harcourt in the Niger Delta. Oloibiri Oilfield is named after Oloibiri, a small, remote creek community, where it is located. Oloibiri Oilfield was discovered on Sunday 15th January 1956 by Shell Darcy. Well #1 was spudded the 3 August 1955 and drilled to a depth of 12.008 feet

The well was tested and it flowed at the rate of about 5,000 barrels (790 m3) of oil per day. Fifteen wells were drilled around this discovery well within the next two years so making Oloibiri, Nigeria's first commercial oil field. Following the discovery, Shell Darcy stepped up exploration in the Niger Delta and By 1958 the company has discovered oil in twelve areas in the Niger Delta of which Oloibiri, Afam and Bomu were the most promising. Royal Dutch Shell laid the first crude oil pipeline in the country from the Oloibiri field to Port Harcourt on Bonny River to access export facilities.

Nigeria exported its first crude oil in February 1958 from the Oloibiri oil field. The last well, Oloibiri18 was drilled in April 1979, but the field was already depleted at that time and the field was abandoned the same year. The Oloibiri oilfield produced over 20 million barrels of oil during its 20 years life cycle.Oloibiri is today a serene and rustic village of the Niger delta where the old wellhead of the well #1 can be found.