Fracking - the reality, the risks and what the future holds 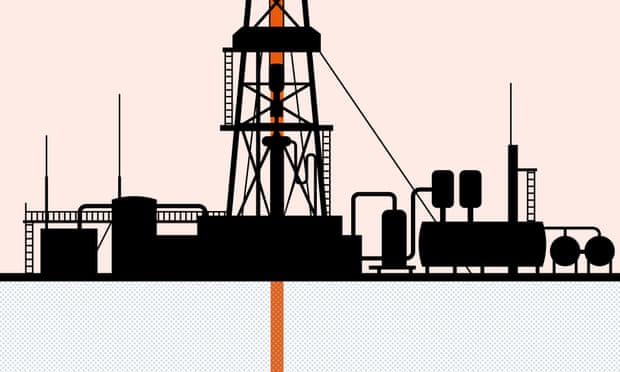 Fracking has been hailed as an energy miracle in the US, yet globally it faces blocks and even bans. Adam Vaughan explains what it is and why it is so controversial.

Hydraulic fracturing, or fracking as it is better known, is a method of extracting oil and gas trapped in shale and other rock formations. The modern version involves pumping large amounts of water down a well at high pressure, along with sand and chemicals that make up a tiny fraction of the volume. Together, this "stimulation fluid' fractures the rock and releases the gas or oil, which flows to the surface. The hole drilled for a well is about the size of a manhole cover. As the UK industry body explains, the sand is there to keep fractures in the rock open. The chemicals are included for several purposes, such as lubrication and keeping bacteria out. The other big technological development that has made fracking economical is horizontal drilling. This means that several horizontal boreholes can be drilled off one well, like tributaries off a river, maximising the amount of oil and gas that can be recovered. This spring, either Third Energy in North Yorkshire or Cuadrilla in Lancashire will become the first company to frack in the UK since 2011. Fracking can also be undertaken on a well that has already been drilled and for which conventional techniques were unable to extract more hydrocarbons.

Why is fracking so controversial?

e UK government has repeatedly said that fracking can be done safely and without harming the environment or human health, so long as it is properly regulated. New rules mean that companies have to closely monitor and report seismic activity, as well as potential water and air pollution. But that's not been the case throughout fracking's history, particularly during some of the ˜'wild west' years when it grew rapidly in the US. Water contamination has been one of the biggest environmental concerns and where some of the most egregious incidents have occurred. A years-long piece of research by the US Environmental Protection Agency concluded in 2016 that in some cases fracking had harmed drinking water supplies. Most of the cases of water pollution in the US have involved boreholes that were not built properly, or mishandling of wastewater. Images of burning taps in the 2010 documentary Gasland arguably turbocharged the anti-fracking movement in the US, even though cases of gas contaminating water supplies have been hard to prove.